Hog Roast Elland’s latest Client was the very lively, lovely and enthusiastic Shelley. Client Shelley was having a fabulous 40th birthday party and she wanted the team to put together the delicious dinner for her and her 25 guests to enjoy.

Young at heart Shelley worked with the Hog Roast Elland team to put together a bespoke birthday party catering package that met her needs and her budget. As part of her catering package, the Hog Roast Elland team provided Shelley and her guests the use of high quality disposable crockery and cutlery. Also Shelley would have her very own dedicated Chef from the team on site at the party venue to cook and help serve the buffet. 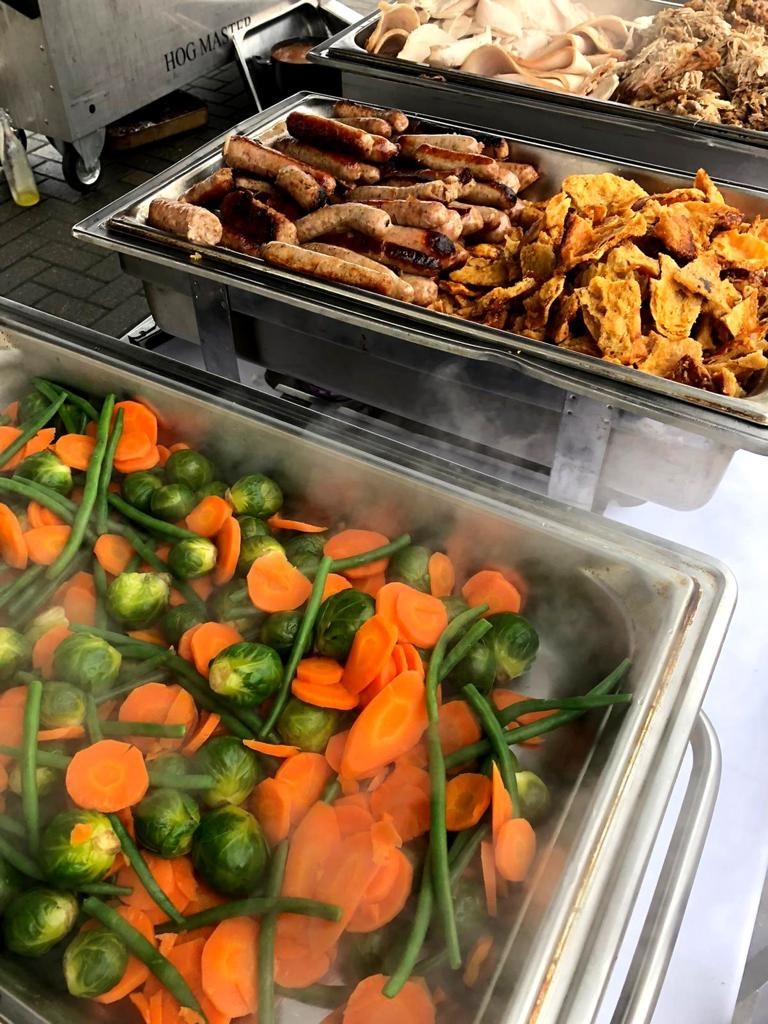 Chef Jon was tasked with creating Shelley’s bespoke birthday buffet. He arrived at the Scout Hall venue several hours before the 6:30pm serving time. There was plenty of space for Chef Jon to set up the cooking equipment in the balloon filled Hall, and he then got straight to work on creating the whole buffet fresh from scratch! Every single dish was hand made with great care and attention to detail by experienced Chef Jon.

The dishes that Chef Jon created had been chosen by Client Shelley. They included the tasty delights of a Slow Spit roasted chicken, which was served with chipolata sausage and homemade onion gravy. There was also plenty of grilled vegetable and halloumi wraps, plain grilled vegetable wraps and BBQ pulled jackfruit. But that wasn’t all! There was also platters of sweet potato chips, Chefs choice of 3 tasty salads and a big basket of assorted soft rolls and wraps. There was of course, also an assortment of sauces and dips for the guests should they fancy it.

Chef Jon’s buffet was ready for 6:30pm on the dot! They guests and birthday girl Shelley tucked in to the tasty treats eagerly and it wasn’t long until they were all gone. Chef Jon could then focus on tidying away. All the rubbish, including the disposable crockery was gathered by Jon and taken to be disposed of by the team, leaving Shelley able to focus on her party.

It was a great party!